So how did I get here,

helping people like you reclaim your energy and your true inner freedom?

My Story of Saying Goodbye to Business Burnout and Chronic Fatigue, and Hello To A Life and Successful Business You Love.

There was a time in my life when I was down and out with Chronic Fatigue Syndrome, feeling intensive flu-like symptoms, exhaustion even after 10 hours of sleep, unable to digest most foods, and often in a lot of pain. It made no sense to me at the time, as I was previously a competitive swimmer and very athletic, and I was able to eat and drink anything.

When I really crashed, I had been working as a financial journalist for 6 years, I was married to a great man, I was living and working in London, UK and traveling all over the world. Doctors could not tell me what was wrong. I knew it was not my mind. But I could not figure out what was happening.

Something changed for me when I returned to the place I was born when I was 27 years old – Malawi, Africa. It was one of those epic journeys that could easily be the foundation for a novel or even a marvelous mythical tale.

In Malawi on my own, traveling on the local buses. I won’t go into the details here except to say that there was one stretch of travel on dusty roads in the middle of nowhere which should have been 3.5 hours and turned into 14 hours. That day many incredible things unfolded until I found myself on the back of a pickup truck with two English backpackers from Cambridge University, and about 8 Africans mostly without shoes on at sunset. We were on a very rocky unpaved road into Lake Malawi, and for the most part, I was terrified. The Sun was setting on one side of us, and the moon rising on the other. Lake Malawi, one of the largest fresh-water lakes in the world, appeared over the hill. I looked out at the expanse of water and the dusk sky while gripping the side of the truck with my raw knuckles. I saw my new friend’s face who had arthritis in his hands and was even more terrified than me. It came to me – there is only love or fear. Many spiritual writers have pointed this out, and it was true across infinity in that moment. I saw it.

There is only love or fear. In that moment, with that certainty, choosing love, I felt completely and utterly alive, awake, and vast.

This creative, spontaneous state of Being is what I have worked to experience all the time in my life, every day and this is what I want to help people tap into in their lives. At that time it was an incredible moment and a first for me. 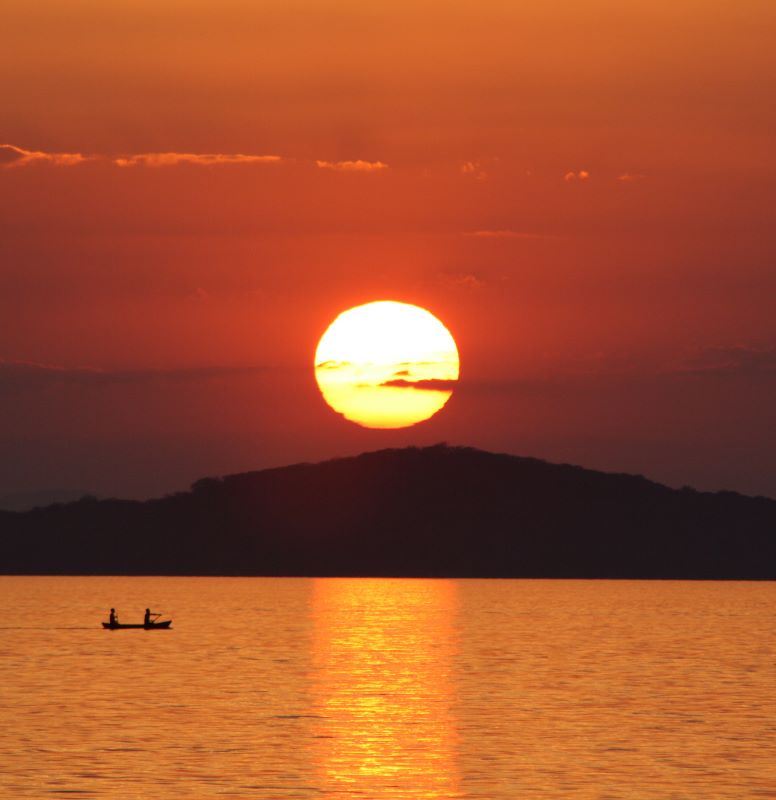 Later I realized that I had to meditate to find the true source of this state inside of myself. That was a similar epiphany of silent certainty that landed when I was in Mozambique, a war-torn country that is hard to describe except to say that when the bus stopped and people came up to the windows to offer us food, one of the delights on offer was roasted rats on skewers. When the Mother of a child on my lap bought one of those skewers to share with her family, I gave the child back to her….

If you are like me, you might have experienced times in your life when you thought you should be happy. Everything looked on paper like it should add up to a wonderful daily existence of gratitude. But you were miserable, and it was not immediately apparent why.

Either you were in the wrong career, or the wrong relationship or something inside was just not working the way it should. Or it could be, as it was for me, that you have symptoms of pain and illness that do not seem to come from anywhere external. Something like burnout that drags you down every day even though you judge that you should be full of energy and enthusiasm.

That is what it was like for me in London, UK living with my husband who is a beautiful man and working in a great job that I hated. I was miserable. It was no one else’s fault. I was simply not able to engage with joy in my life. Everything I thought I ever wanted was happening, but I felt like I was in a huge cage of physical suffering. Sleepless, in pain, unable to enjoy food, and often very sick.

The thing that always made me wonder was that when I was on one of these amazing journeys, I often felt incredibly good. In Africa on that bus through Mozambique when I saw those rats on skewers being eaten by the family sitting near me, I felt alive. Amazingly and totally alive. There was no cage, no box, no pain, no illness.

On another solo adventure in Europe, when I was hiking through the French Alps, sleeping overnight in my sleeping bag, eating little bits of food from the supermarket, with one new friend from Quebec, I felt amazing. Joy, Freedom, Energy, and no pain.

After years of searching, I realized that my issues were not psychological, they were energetic. The physical symptoms were from a collapse in my body of energy or subtle bodies.

I was miserable, and I think I probably made the people around me miserable. But I was not lazy. I searched with many different doctors in Australia and the UK. And I went on more than one transformational journey that led me to the discovery that my illness fell under the category of Chronic Fatigue Syndrome.

When I realized that my issue was energetic, I was meditating in London, UK and I had yet another one of many agonizing migraine headaches that seemed to come on from nowhere as part of this mysterious illness. I sat still with my eyes closed for two days and watched the symptoms reduce as I became more internalized, and my mind was increasingly peaceful.

I did not know what energetic meant at the time, being a financial journalist with no new age background at all. But I did know that my issue was energetic anyway. I just knew.

Later I attended a two-week silent meditation retreat and saw my mind running rings around itself with painfully tight anxiety that resulted in agonizing physical symptoms. Again, as I became more and more still, peaceful and internalized, my body became well.

My health often returned while I was on meditation retreats but unfortunately, as soon as I went back to the world my body would go into illness again. Unable to digest foods, unreplenished by sleep, often in pain, constant sinus infections, made sick by pain medications, with very little hope of recovery.

When I was diagnosed with CFS, the doctor said that most likely I would have to learn to live with this. In fact quite a few general practitioners and specialists included said that over the 3 years that I was desperately seeking help.

I refused to accept this hopeless scenario as true. I was healthy before, and so I should be able to be healthy again, I deducted. And I refused to give up on that hope. Stubbornness can be a good thing.

Diagnosis was a turning point for me because that was when I decided I would recover. I threw myself into researching what would work and found a school of meditation with a strong emphasis on understanding subtle bodies including techniques that work especially well for some people with CFS and burnout, the Clairvision School. 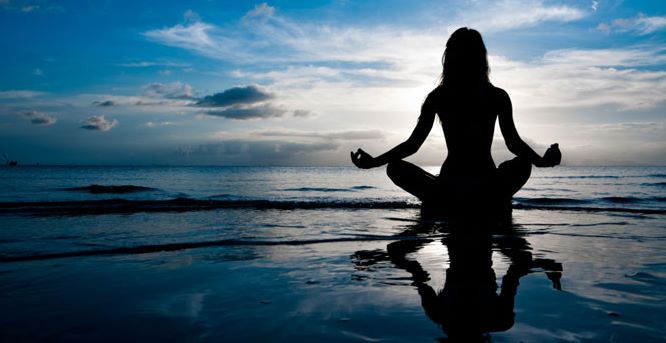 This was when everything turned around for me. I studied with this school for many years, and still do now. Not only was my health addressed at a very deep level through practicing these techniques. But I changed as a person, I got in touch with my own deep sense of inner joy and freedom.

When I felt so much better myself, I began to talk to people and interview people who have had CFS and Burn Out themselves and see who had recovered and why they thought they got better. I found out so much about the body of energy, and how amazing it is.

Even more incredible though, was what I found out about understanding what it is that lights the inner flame in each person. The unique flavor of spiritual presence or Being that ignites each individual person, connecting them to what they are meant to be connected to.

It seems that for some people like me, the thing that matters most is that we are actually doing the things that are aligned with who we really are. Not just being busy with things that we thought should matter, or our family, friends or cultural background told us was important. But the real deep inner reason we are here.

For me, the underlying reason I am here is to serve humanity towards connecting to the highest light of Truth possible. I do that by working on myself, and supporting those around me to do this too, whether they are clients or friends or family.

For you, the thing that lights you up, that makes you feel connected to who you really are, that brings the light into your eyes, could be different. It probably is different because it comes from your unique essence of being.

Connecting people to this feeling of themselves is my greatest joy. In my private work, I work with men and women. But I have set up a group program for women who want to create the life and business they love.

This is usually for someone who has come through something like burnout or CFS or a big shake up in regard to their career and they are ready to start something new. If this is you, then you probably are aware that you want support to start the fresh from a different place. Maybe, like me, you tried several times to re-make yourself and you realized that it ends up the same if you do it from the same place in yourself.