The Power of Transformation for High Achievers 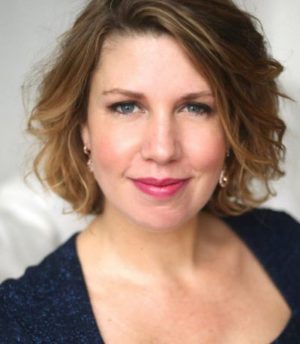 Dianne was an executive in a big IT company in the Bay Area, doing well, about to buy her first house. But she knew she needed to step into a bigger game, something in herself had to shift. To take the next step up in her field she was going to need to break a personal ceiling that involved seeing the people around her, including her team and other executives in a completely different light.

Dianne had very strong values about people liking her, and being a nice person. However, if she was going to get to the next level in her career, those values were not going to make it happen for her. She had to step into something else inside of herself that was more powerful, more comfortable in her strengths, happy to bring forward conflicting views even if it was edgy in a meeting in front of the board of directors.

You might not think that this kind of shift would involve any kind of spiritual growth, and it might not. However, Dianne was also seeking a depth of fulfillment and inner growth in her shift. She came to me wanting to figure out how she could be powerful and not loose sight of her spiritual belief in the power of heart.

The thing is that if you are going to be a person of light, that really makes a difference in your world, and for the people around you, you are going to need to be big. This means being unafraid to say the things that might bring conflict into a situation if they need to be said. It also means being able to find the clarity inside of yourself to bring those conversations without emotional or personal agenda.

For Dianne this paradoxically meant that she had to get in touch with her inner bitch, the bad girl inside, and start to have a fun time exploring this new world. First of course, in a safe situation such as personal sessions with someone like me. And then outside of work with friends and a boyfriend who were encouraging her to play with this part of herself that likes the dark side of things. The part of herself that wants to walk on the edge.

When Dianne became more comfortable with her inner bitch outside of work, she could start to bring more of herself and her power into the workplace. Her relationship to the executives higher up the chain than herself totally opened up. She started to enjoy working with the people that others found uncomfortable or even complained about, because it gave her a chance to bring the direct force of her power. She welcomed the challenges instead of secretly running away from them.

This one thing, welcoming the challenges, made a huge difference in her career but also for Dianne in her love life and in her spiritual life.

Life is full of challenges. Those are the moments that we get to step up, or not. It can happen in a split second. So training ourselves through finding the parts that are already in conflict and embracing them gives us all a lot more chance to step up into the big person that we can be.

Often people come to a place where they are ready to take the next steps in their spiritual development and in their lives when they have had a time of darkness inside of themselves for one reason or another. Perhaps our whole society is like that?

Thomas Moore in his book, The Dark Night of the Soul says –

“One central them in this book is to see a dark night as a cleansing of perception for the purpose of a deeper soul life and increase in spirituality. A society is like an individual: in the face of a dark night it can either become defensive and avoid the challenge of new life, or it can reform itself and discovery in the darkness where it has gone wrong. It takes a strong heart, a steady intelligence, and a visionary imagination to go in the direction of life. Sometimes society moves in the right direction; often it retrenches and gets worse. There appears to be no middle ground.”

Moore says, “I have suggested an understanding of the scapegoat, not as finding someone to blame but uncovering the spirit in all of us that is the source of the evil in the world. That is the spirit we have to attack with a warrior’s strength and tenacity. This moral battle can take the place of our literal wars and ultimately save us.”

It takes a strong heart, a steady intelligence and a visionary imagination to go in the direction of life.

Why is it that many people find it difficult to come to this place where they can go in the direction of life, in Thomas Moore’s words?

Often the thing in the way is emotional blockages. The depth and repetitive nature of emotional reactions that plague the human mind pull us in one direction or another that is not the same as the strong heart, the steady intelligence and the visionary imagination would have us go. This emotional backdrop, even for those who think they are not driven by emotions, has a very strong pull away from clarity.

As an example, when I met David he was working in the food industry for one big provider for more than 10 years and his career was going nowhere. He was good at it, as he was a warm person and everyone around him enjoyed him on the team. But he was not happy. At the same time, his love life was not happening. He wanted a totally different career in design, and he knew he could be much happier throughout his whole life.

The way that David described himself was that the last 10 years prior to coming into my office were almost completely in an emotional pit. However, now he was willing to do what it took to pull himself out, and he wanted to do that in a way that got him on the road to his highest self being expressed in his life.

David is a warm, joyful, enthusiastic and super smart person by nature. Yet he did not feel good about who he was. When we worked together, we dove into his biggest sense of Self, but also used the regression style of Inner Space Techniques (from the Clairvision School of meditation where I have been trained) to unravel some very painful parental wounds. As he went through this process, David became more and more clear on who he really is, and what kind of life he wants to live. This meant he made decisions to move towards his best self one step at a time. He has the job, he has the love life, he is growing as a spiritual person. And in every meeting that he attends, he adds value by bringing his views with authenticity and an unapologetic spirit.

Becoming a person of real heart takes courage. Courage can be derived from a true sense of inner strength, which in turn comes out of knowing yourself. Real heart is not about being nice, or a good person. Heart is a principle that aligns with truth, and sometimes truth hurts. To be a person of real heart, we need to be able to stand in the truth even if it is uncomfortable at times.

To give you an example, Gregory had a 7 figure business that he needed to shift to become a business that works for him away from a business that runs him into the ground. There were several steps to that shift, but one significant one happened when the business went from being 7 figures in a year, to 7 figures in one day. In order to take the business to that level, Gregory had to be still and firm with his own terror of becoming destitute and failure. The terror was totally nonsensical, since in reality if Gregory had to pick up with just a bag on his back and find a new life, he was probably more capable of that than most people I know. Yet still when the business got rocky and things started looking difficult, he was almost consistently in terror.

We did a round of private coaching and some VIP days of deep inner work to get him through the other side, and within six months he was making 7 figures in a day without even blinking an eye. As he said to me, once that core emotional charge of terror was cleared he did not feel any strong emotions at all about the rise of the business despite that it was something he had worked really hard for.

The emotional charge of terror was cleared in a round of sessions of Inner Space Techniques (IST) where regression took him back to a past life of torture. We had to go into that experience of the past life over and over again, continually finding where his bigger spiritual self had left in the extreme pain and suffering. He had to feel it all in the sessions, and then his life completely shifted.

Do you want to live a life of fullness and connection?

Have you already achieved quite a bit and wonder how to go that next step in your transformation?

What is more rewarding than finding your own higher self?

When we look for things on the outside, we tend to lose ourselves. Going deeper inside brings such a sense of completeness and illuminates the kind of clarity that makes your life reflect more of who you really are.

Most people know that external success becomes empty after awhile, yet they are conflicted because we live in a world where external success is necessary just to pay the bills. The Bay Area where I live for example, is one of the most expensive places to live in the world. People have to focus on their outer success yet they really want to be happy and experience connection.

There is usually one thing that people want to change in their lives that reflects something inside themselves where transformation is possible. This is the thing that you can work on. It carries the keys to your self.

We are not static creatures, we are constantly evolving. Once we have achieved our goals there is something more. Self transformation is the most gratifying and deeply rewarding thing you can have in this lifetime.

The work that I do to help clients, using the Clairvision IST methods of regression and sourcing, helps people to go to the roots of themselves, deepen self knowing and get in touch with real states of inner being that can be repeated in their lives

Interested, or know someone that is? I am offering a handful of one-off gift discovery sessions where you can find out more: https://samanthakeen.com/gift/